Our Lives, Our Fortunes, and Our Sacred Honor: After the Fireworks

Like most of you, I spent today, July 4th, remembering our heritage of freedom, enjoying family, and watching a beautiful array of fireworks throughout my neighborhood.  I reflected on the opportunities I have because I was born in this land, and because of the rights and freedoms that were secured for me by the actions and the blood of so many patriots over the years.  Because I want to pass on an appreciation for our freedoms, my older kids and I have read the Declaration of Independence this week.  I was awed again by the logic and the eloquence of Mr. Jefferson; the beauty of the prose, and the self-evident truths outlined by this "masterful expression of the American mind."  And yet, I was struck by one thing more: what is my responsibility?  How do I show my appreciation and gratitude for the sacrifices, the risks, and the price that others have paid before me to secure these blessings of liberty? 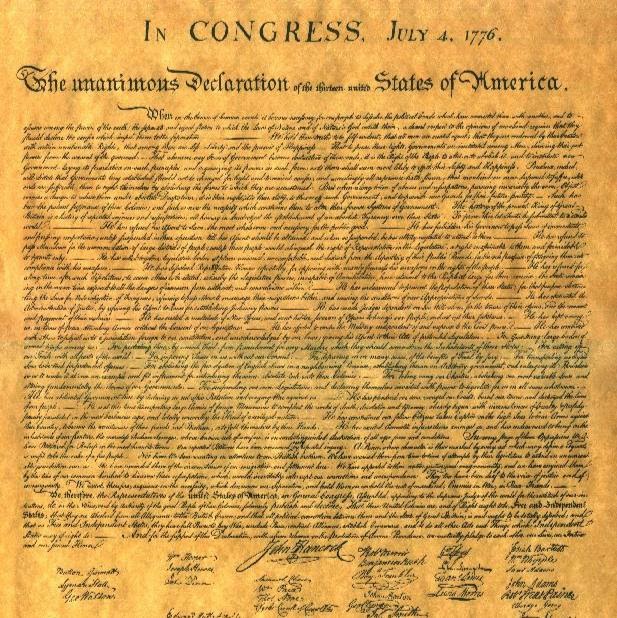 I think we often believe that Freedom and America were a foregone conclusion.  Because we came 200 years later, we just accept it as being the norm.  Can we truly appreciate how novel a concept breaking off from the Mother Country, with its tradition of the divine right of kings, truly was?  Can we understand how overwhelming it must have been to see the military might of the British, especially compared to the farmers and merchants in the American Army?  When George Washington was appointed to the head of the Continental Army, he said, "I do not think myself equal to the command I am honored with." It was not due to false modesty, but to a true appreciation of the almost hopeless situation he was facing.  As we celebrate with parades and with fireworks, do we know of the fear and trepidation of the Continental soldiers?  of their Commander in Chief?  of the Continental Congressmen who signed their death warrants under the banner of "We hold these truths to be self-evident, that all men are created equal"?

As Thomas Paine said,  “What we obtain too cheap, we esteem too lightly: it is dearness only that gives every thing its value. Heaven knows how to put a proper price upon its goods; and it would be strange indeed if so celestial an article as freedom should not be highly rated.”  Have we obtained our freedom too cheaply?  Do we esteem it too lightly? The Signers of the Declaration of Independence concluded their message to the world with these words "we mutually pledge to each other our lives, our fortunes, and our sacred honor."  Many of them gave their lives, their fortunes, their honor, and some, even their children to the cause of liberty.  Many subsequent generations have followed in their footsteps.  It now falls to us, to our generation, to show our gratitude for their sacrifice through our actions, through our commitment to those same principles.

As we go about our busy lives, I hope you will join me, in recommitting to civic duty that will show honor and gratitude for those who gave so much to secure our freedoms.

John Adams said, "Posterity, you will never know how much it cost the present generation to preserve your freedom. I hope you will make good use of it. If you do not, I shall repent in heaven that ever I took half the pains to preserve it."

Let us be worthy of the lives, the fortunes, and the sacred honor so willingly given by those who gave some, and by others who gave all. 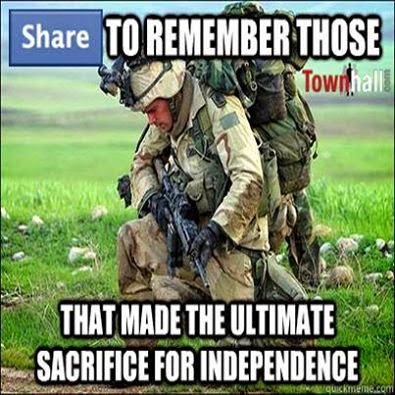