I hope everyone is having an enjoyable vacation.  My family enjoyed a wonderful Christmas and we are looking forward to 2016.  I apologize for interrupting what should be family time, but I felt this information was extremely important.

As many of you know, the replacement law for No Child Left Behind, called the Every Student Succeeds Act (ESSA), was passed in December.  As part of that law, the states must come up with a plan for education that includes a 'Family Engagement Plan.'  Also, the US Dept of Education (USED) is supposed to come up with their own Family Engagement Plan that states MAY adopt, if they don't want to do their own homework.  The USED has placed their plan on their website and is inviting comments until JANUARY 4th.  (It's almost as if they didn't want public comments, since they put this out over Christmas break, but I digress.)  Here is the link for comments: http://www2.ed.gov/about/inits/ed/earlylearning/families.html#family-engagement-draft-statement

I would especially encourage you to read pages 13 -14.

Utah State Law says that parents are primarily responsible for the education of their children and that the state's role is to be secondary and SUPPORTIVE to the parents' role.  The Family Engagement piece is anything but supportive to the parents' role.  It does have a lot of nice-sounding stuff to blur the lines of you being allowed to 'partner' with the Feds/State as they raise your children. 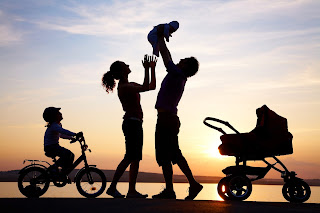 I could go on with my own diatribe, but I found this from left-leaning education blogger Peter Greene that accurately assesses what a lot of the problems are with this 'plan'.  http://curmudgucation.blogspot.com/2015/12/the-federal-family-fixing-plan.html  I appreciate the fact that this plan is so appalling to average, normal people that it is not a left/right issue, it is a parents vs bureaucrats issue.

Please take a few minutes to weigh in.  Once this train is on the track, we will be told it's too late.

Here are some samples:

Implement a vision for family engagement that begins prenatally and continues across settings and throughout a child’s developmental and educational experiences.

Just remember this when we adopt something egregious as part of our state plan.  The mantra that things like this can't happen in Utah hasn't been applicable for far too many years.

And a public thank you to Reps Chaffetz, Love, Bishop, and Stewart, as well as Sen. Mike Lee for voting against ESSA and it's horrid intrusion into the autonomy of the family!

Happy New Year and thank you for all your support and involvement!
Posted by WKH at 10:07 AM 1 comment:

No Child Left Behind: More of the same, but probably worse

If you hate No Child Left Behind, or Common Core, or Federal Government Expansion, or too much testing, or teachers being held to teach to the test, or government passing bills so you can see what's in them, or...

Call CONGRESS RIGHT NOW, don't even stop  to finish this post, and ask them to VOTE NO on ESEA Reauthorization.  The vote takes place at noon EST or 10am MST.

Moms and Dads, everyday Americans, are up against organizations that stand to benefit in some way from this legislation.  There is so much out there, but here are just a few things you should know.

1. The House Education Committee has put out unsourced talking points as to why this bill is a Republican victory.  Here is the rebuttal.  My read of the legislation supports the rebuttal. http://www.flstopcccoalition.org/blog/rebuttal-us-house-ed-committee-talking-points-essa.htm

2. The bill language was released on Monday, the vote is today.  It is 1000+ pages.  It is wrong to rush this through in short order.  None of our reps have been able to read and analyze this bill, let alone evaluate it.

3. Some of the best information, and also a lot of fun to read, is this analysis of the first handful of pages, detailing the methods to the bill's madness. https://whatiscommoncore.wordpress.com/2015/12/02/this-is-the-moment-congress-we-are-watching-you-vote-and-we-know-whats-in-this-bill/

4.  Summary from some of the moms and dads I've been involved with over the past two days in reading this bill, top 12 problems (some have been discussed briefly, like the process)


Process of forwarding conference report echoes the process of (Un) Affordable Care Act “You have to pass it to see what’s in it” – that is. Congress won’t be reading it.


I believe that this quote by C.S. Lewis accurately sums up my thoughts on this legislation.


“Of all tyrannies, a tyranny sincerely exercised for the good of its victims may be the most oppressive. It would be better to live under robber barons than under omnipotent moral busybodies. The robber baron's cruelty may sometimes sleep, his cupidity may at some point be satiated; but those who torment us for our own good will torment us without end for they do so with the approval of their own conscience. They may be more likely to go to Heaven yet at the same time likelier to make a Hell of earth. This very kindness stings with intolerable insult. To be "cured" against one's will and cured of states which we may not regard as disease is to be put on a level of those who have not yet reached the age of reason or those who never will;”