A Thankful Heart Is the Greatest Virtue: Informed and Involved

'A thankful heart is not only the greatest virtue, but the parent of all other virtues.' --Cicero 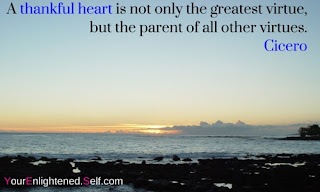 I want to start by thanking all of you for your support throughout these past 6 years for the principles that I have tried to stand for.  It was especially felt during this past legislative session with the numbers of calls, texts, and emails that were sent to our legislators.  I am grateful to all of our legislators, even those I vehemently disagree with, for taking the many hours of time and energy and the mocks and scorns of the populace that they are oath-bound to represent.  But I am even more grateful to you, the many moms and dads, everyday people, who are willing to take a little time out of your day to defend the family, protect parents' rights, and demand that parents and teacher decide what knowledge is of most worth.

I am writing to once again enlist your aid: To Run for Public Office or to Support Another Who Shares Your Principles.  You can FILE to run up to THIS THURSDAY, March 17, at the County Elections Office (in Utah County, that's in Provo).

The point of running for office is about the principles that you are willing to stand up and defend. Do you want to defend the family?  Do you want to defend individual freedom?  Do you want to support parents and teachers deciding what knowledge is of most worth to pass along to our children?  If so, you qualify.  The goal of a government 'of the people, by the people, and for the people' is that the people are the ones who are involved, overseeing it and running it.  If you haven't served as a state or county delegate, if you haven't attended a caucus meeting, if you haven't filed to run for office, think seriously about doing so.  You are who we need in the country, not those who seek office for power or glory, but who seek it to maintain freedom and liberty.

FIRST, for school board.  Abraham Lincoln said, "The philosophy of the school room in one generation is the philosophy of the government in the next."  I would argue that who is elected to Local and State School Board positions could have a greater impact on the direction of our country than the president.  (And as the Founders understood it, it really should.)

Alpine School District, ASD4 (PG/Lindon), ASD6 (Lehi), ASD7 (East Orem).  The only incumbent seeking re-election is Scott Carlson in ASD6.  I do not believe that any office should go uncontested, and certainly, any office where those running do not share the vast majority of your principles.  If you have ever thought, "Why don't we have anyone I like running for office", that is a call to arms.  You should be running.

In our predominantly LDS culture, we are used to taking upon ourselves leadership responsibilities and rotating that responsibility around to different members of the ward family.  In a similar manner, our Founders felt that public office should be rotated around to the different community members as a sense of civic obligation and personal duty.  It was assumed that most people would be willing and able to serve 2 - 4 year terms, and then return home to their families, their farms, and their livelihoods. Politics was never supposed to be a professional occupation.  And if you've ever wondered about why we are headed in the direction that we are, I would emphatically argue it is BECAUSE average people don't run for public office.  Many years ago, William F. Buckley, paraphrasing, said that he'd rather be governed by the first 535 names in the New York Phonebook than by the members of Congress. And yet, THAT is exactly what our Founders envisioned: everday people, representing their neighbors, their families, and their friends.

1. Attend your party's caucus meeting on March 22.  (An excellent article on the caucus is here.) 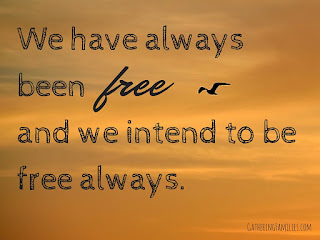 Some Public Offices that are up for election this year. For more information, go here.

Local:
ASD 4, 6, and 7: If you are in one of those areas, think seriously about running for office.


State:
State School Board (My specific area is not up, but half the State Board seats are.  In UT County: 11, 12, and 13)
State Attorney General
State Auditor
State Treasurer
Governor/Lt. Governor

Federal:
US House of Representatives (all seats)
US Senate (1 seat)
President/Vice-President

Most people are unaware that every two years 100% of the US House of Representatives and 33% of the US Senate are up for election.

We, the People, have the opportunity to completely change the direction things are going every two years, or to reinforce what is being done.  And sometimes we reinforce it by our apathy.

Informed and Involved is the only way to maintain freedom.  And it isn't once every four years by voting for president.  The most important elections are those closest to you!  It is our responsibility to be informed and then to be involved.

Thomas Jefferson said, "If a nation expects to be ignorant and free,.. it expects what never was and never will be.  If we are to guard against ignorance and remain free, it is the responsibility of every American to be informed." 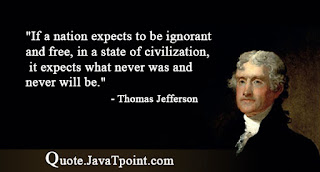