Be One: Three Keys to Being Respectful from the Sermon on the Mount

Note: This message is given from a particular perspective (LDS) and cites additional scripture.  However, the three keys are taken directly from Jesus' Sermon on the Mount, in Matthew. I believe the principles are universal and have applicability, regardless of religious or political affiliation. I, also, believe that the more people who are able to have civil, respectful discussions with their friends and family (including on social media) with whom they disagree, the better our society will become.

Be One:
Three Keys to Being Respectful from the Sermon on the Mount

In the beginning, God created us different: male and female. So, we were never supposed to be the same. Sheri Dew spoke of the need for differences between men and women but I think it applies more broadly as well. She said, “Our Father knew exactly what He was doing when He created us. He made us enough alike to love each other, but enough different that we would need to unite our strengths and stewardships to create a whole. Neither man nor woman is perfect or complete without the other. Thus, no marriage or family, no ward or stake is likely to reach its full potential until husbands and wives, mothers and fathers, men and women work together in unity of purpose, respecting and relying upon each other's strengths.”

However, in reality, differences between people are hard to deal with.

In 1776, Thomas Jefferson and John Adams were the pen and the voice of the American Revolution. Both served on the committee of five that was charged with drafting the Declaration of Independence. John Adams, eight years older than Jefferson, was more well-known and accomplished. But Adams threw his support behind Jefferson as the principle author stating that Jefferson had “a happy talent for composition and a felicity of expression.” Throughout the Revolution, they were not just political allies, but truly friends. Sadly, this didn't last when different perspectives arose.

How do we stay unified, despite differences? Christ gave us three keys for unity in the Sermon on the Mount.

First from the JST, “Judge not unrighteously, that ye be not judged.“  (Matt. 7:1) But it's also important to read the next verse, “For with what judgment ye judge, ye shall be judged: and with what measure ye mete, it shall be measured to you again.” (Matt. 7:2) We need to understand that when we judge, whatever standard we use to judge another is the same standard that we will be held to. Our life is about choices and agency, so we are not to assume we are never to make judgements. Instead, they must be righteous with complete knowledge.

In the Book of Alma, Capt Moroni, frustrated with the lack of supplies and of support, writes to Governor Pahoran, with strong condemnation. Moroni says: “Yea, great has been your neglect towards us....Can you think to sit upon your thrones in a state of thoughtless stupor, while your enemies are spreading the work of death around you? Yea, while they are murdering thousands of your brethren.” (Alma 60:5,7) Capt Moroni was right to be upset. But he assumed, incorrectly, the cause of the inaction.

So Step 1 in being unified, is to judge righteously, always remembering that how we come to our conclusions will be the standard used to judge us as well.

After Washington was elected President, Adams and Jefferson both served in his cabinet. It was at this time that they became political rivals and began to see the faults in each other. They publicly condemned each other, and the strife and division lasted for several decades. While we can easily find fault with them and say it was wrong that they took sides, I see the areas of disagreement that they embodied as being necessary elements in the process of creating of our new nation. So, how do we handle disagreement and still stay unified?

Our second key, follows directly after the admonition to Judge not unrighteously. Christ warns us, “And why beholdest thou the mote that is in they brother's eye, but considerest not the beam that is in thine own eye?” (Matt. 7:3) Too often we are so focused on the faults of another that we fail to see our own faults. But it may be more than this. Our focus on the faults of others may actually create the beam in our own eye. That beam hampers our ability to see reality. It distorts our vision of not only the other person, but also ourselves. We are filled with pride. The beam in our own eye says: I'm better than my neighbor because I don't share those faults. And, sadly, that pride prevents us from seeing the other person as a Child of God.

Step 2, then is to not focus on the faults of others, and certainly to not get caught up in the prideful vision that we are somehow better than they are because we are different and we may see things differently.

But this is hard. How do we allow people to be different or even to make mistakes without condemning their intent or impugning their motives? Without becoming prideful?

Consider Capt Moroni with his Nephite armies and the People of Ammon. From a strictly political perspective, they are polar opposites. Capt Moroni is a military commander. He rallies the people to fight under the Title of Liberty. He is willing to shed blood to defend his country. The People of Ammon, by contrast, were willing to die rather than to take up arms. How do you reconcile defense of your country with pacifism? Which group of people were inspired by God? The answer is, they both were. While both were inspired, they were both inspired to live their lives differently. Imagine, if we had a record of the Nephites condemning the People of Ammon for not taking up arms? Imagine if the People of Ammon condemned the Nephite armies for going to war? Instead, we have a record of them supporting each other. And we have the miracles that attended both groups because of their faithfulness. Unity doesn't mean taking the same path.

But what if I see the value in another and want to treat them well, but they treat me with contempt, or say disparaging things about me and my motivations on social media? Isn't it only natural to defend oneself?

Remember Capt Moroni and his letter to Pahoran. Pahoran, while right to be upset that Moroni has accused him of great neglect of being an accomplice to murder, responds differently than what we would expect. He gives Moroni context for his lack of action, but then graciously says: “And now, in your epistle you have censured me, but it mattereth not; I am not angry, but do rejoice in the greatness of your heart.”  (Alma 61:9) What if every time we were slighted, we could respond with gratitude for the “greatness of the heart” of the person who attacked us?

Toward the end of their lives, Adams and Jefferson resumed their correspondence and their friendship. They were able to get beyond the pain that each had caused the other and to truly forgive. In short, these two rivals and previous political enemies were able to reconcile and to leave this world as friends. It is fitting that they did so, together, on July 4, 1826—50 years to the day after approving the Declaration they had both helped create. They exemplified what Abraham Lincoln meant when he said, “Do I not destroy my enemies when I make them my friends?”

Here, then is the third key. Christ said, “Love your enemies, bless them that curse you, do good to them that hate you, and pray for them which despitefully use you, and persecute you.” (Matt 5:44) A friend of mine made a habit of going to the temple and putting the name of an individual who was most unkind to her on the prayer roll. The more difficult the differences, the more she prayed for this person. Their relationship never changed very much, but my friend was able to have peace.

Pray for our enemies. We must ask to see those who have hurt or offended us as the Lord sees them. C.S. Lewis explains, “There are no ordinary people. You have never talked to a mere mortal....But it is immortals whom we joke with, work with, marry, snub, and exploit...”  (The Weight of Glory, C.S. Lewis) The people who hurt us or who we malign are truly our brothers and sisters, potential gods and goddesses.

When Christ was arrested and betrayed by a kiss, Peter drew his sword, and cut off the ear of one of the men in the arresting party. At this moment, Christ performed a miracle for them; He healed the injured man. Still, He was arrested, and still He was crucified. As Christ was hanging on the cross in utter agony, the scripture says, “Then said Jesus, Father, forgive them for they know not what they do.” (Luke 23:34)

Dr. Martin Luther King, Jr. remarked, “Jesus eloquently affirmed from the cross a higher law. He knew that the old eye-for-eye philosophy would leave everyone blind. He did not seek to overcome evil with evil. He overcame evil with good. Although crucified by hate, he responded with aggressive love. What a magnificent lesson! Generations will rise and fall; men will continue to worship the god of revenge and bow before the alter of retaliation; but ever and again this noble lesson of Calvary will be a nagging reminder that only goodness can drive out evil and only love can conquer hate.” (The Strength to Love, Ch. 4, Martin Luther King, Jr.)

We are commanded to be One. The natural man responds to hate and criticism with hate and criticism. Christ teaches us to respond with love. Judge righteously. Avoid focusing on the mote in our neighbor's eye. And then pray for and treat those who challenge us as the children of God, they truly are. Every person is someone valued and loved, and of infinite worth. And when we are unified in our desire to love our neighbors, we then become true disciples of Christ, unified in the faith, and undivided by our uniqueness and our differences. 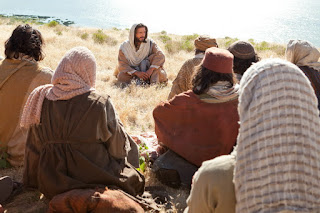