Tell Congress to Vote No on National Citizen Database

URGENT: Call Congress and ask them to VOTE NO on:

Congress is set to vote on HR 4174, The Foundations for Evidence-based Policymaking Act (FEPA) on Wednesday, November, 15.  Like most legislation, it's title sounds fine, if boring.  BUT FEPA will remove the current protections in existing federal law prohibiting the Federal government from having a national database of personal, private citizen information.  This will initiate a life-long tracking of individuals by the federal government.

Since power corrupts and absolute power corrupts absolutely, there is NO reason for a free country, founded on the idea of separation of powers to have the ability to amass data on its own citizens without their knowledge or consent. This law will also include kids in public school and can contain Social-Emotional Learning (SEL) data, also known as attitudes, values and beliefs.

Fast-forward to Election 2020: What if the federal government was able to control enough information about people to influence an election?  The Russians would have nothing on our own government!  Maybe it won't happen in 2020, but maybe 2028 or 2032.  Given this amount of data collection, we will become a Banana Republic.  If you like the idea of those who are currently in power being able to peer into the deep recesses of your life, imagine if those who are politically opposed to you had that same power?  This should generate bi-partisan opposition.  Should Trump or Obama or Holder or Sessions be able to have any information they want about you? If not, call Congress and tell them to Vote NO ASAP!

If you think this is a slight exaggeration, just remember Lois Lerner and the IRS.  There was no outside "data breach".  Regardless of the motivation in that case, simply having access to the IRS data would allow someone in that position to absolutely be able to target individuals and groups for their political beliefs.  Imagine if it wasn't just the IRS, but every other federal agency and federal bureaucrat who could gather information, nationally, as long as they could come up with a reason to justify it?

Here is a link to a call to action.

Here is information being sent to members of Congress and 3 fact sheets about the above bills.  * (See #1 in the action items.)

Articles about the problems with these pieces of legislation and the hearing leading up to FEPA can be found here, here and here.

1. Distribute the information contained in the fact sheets (see above)* and ask people to contact their members of Congress, especially if they are on the Oversight Committee. Oversight Committee Members: https://edworkforce.house.gov/committee/subcommitteesjurisdictions.htm.

3. Pray they will see the light that for all the supposed "good" this will do, the real good is in allowing free people to be free, without surveillance from their government.

Government surveillance of individuals without due process does not lead to more freedom, but it does lead to fear, intimidation, and compliance. 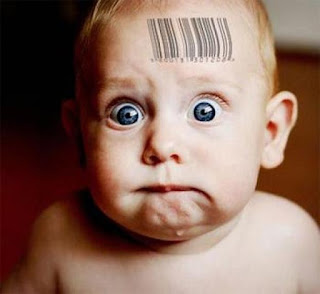